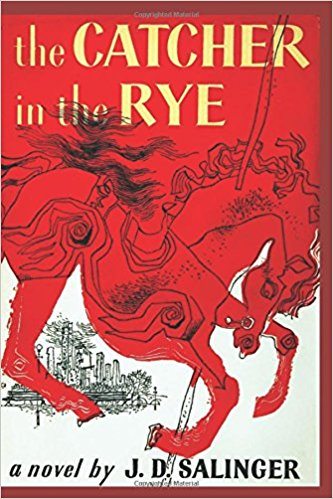 I’ve always enjoyed books with unreliable narrators. Use of the element means the reader is in for surprises, twists and shock throughout the story.  But recently there’s been an absolute glut of books using the same device and I’ve grown rather tired of it. Not so much because of the similarities, but because not all uses of the untrustworthy narrators are done effectively.

Holden Caulfield in The Catcher in the Rye is the ultimate unreliable narrator. Reeling from a personal trauma, his narrations provide a caustic take on the world around him. His observations of people and events are veiled in pessimism. He tells the reader he lies all the time, but the reader doesn’t necessarily believe that initially, because he’s sympathetic and relatable. That’s key to a good unreliable narrator. The reader has to be engaged and must be rooting for the character or the device just doesn’t work. Holden views people and events with unrelenting negativity, without seeming aware that he often engages in the same behaviors that he despises in others. At the end of the story the reader learns that Holden is seeing a psychoanalyst and it’s only then that we become fully aware of just how skewed his world view was.

Gone Girl by Gillian Flynn began the flurry of unreliable narrators in recent years. Nick and Amy are both untrustworthy as they give their sides of the same events that led to Amy’s disappearance. Both characters are narcissistic and manipulative. Here the narration is unreliable because the characters lack a hint of self-awareness regarding their part in the deterioration of their marriage.

Girl on the Train by Paula Hawkins is an example of an unreliable narrator that just didn’t work for me. Rachel, the main character, is an unemployed, alcoholic divorcee who still rides the train to the city daily because she doesn’t want to tell her roommate that she lost her job. She watches a woman through the window each day and when the stranger disappears, Rachel insinuates herself into the investigation. I had difficulty believing the intermittent memory loss that seemed to accompany Rachel’s alcoholism and the sudden recollection of those memories near the end of the story.

One recent book where the unreliable narrator was used well was The Girl Before, by JP Delaney. Jane suffers a miscarriage and needs a place to live as she’s recovering. She rents an apartment from an eccentric architect, who has an odd list of rules for living there. Unwittingly, Jane begins to repeat the same patterns and behaviors as Emma, the woman who had lived there before and who had suffered a mysterious death. Emma and Jane tell their stories in revolving viewpoints and it is Emma who is the quintessential unreliable narrator. Each chapter told in her point of view gives more glimmers of the real truth, which isn’t revealed until near the end of the book. It works, on nearly every level.

My favorite use of an unreliable narrator is when the character is a child. That narrator doesn’t set out to deceive. He or she isn’t mature or experienced enough to understand the nuances of relationships and conversations, and can only convey them literally.  In Huckleberry Finn (another favorite book), Huck narrates his adventures and comments liberally on the society he lives in. His observations are limited by his inexperience and lack of worldliness. He lies whenever it suits him. But there are inherent truths in some of his observations that seem lost on the larger community around him, and I think that’s the real power of the book.

To some extent all first person narration is unreliable. Everyone sees reality through their own filter, skewed by their unique experiences and beliefs. But when the narrator is intentionally or unintentionally unreliable it adds tension and intrigue to the plot as the reader attempts to glean what is true and what isn’t. In some books it works better than in others. As one of my former editors used to say, it’s all in the execution.

2 thoughts on “The Unreliable Narrator”