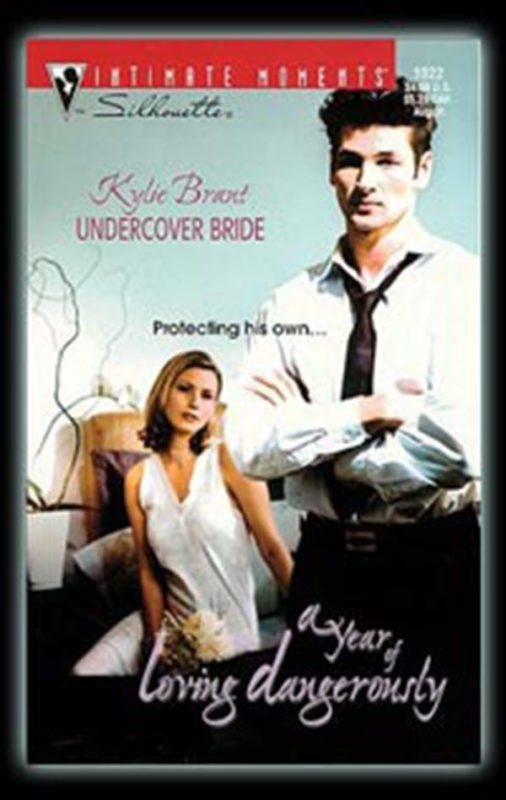 THE MISSION: Convince Caleb Carpenter, a man whose reputation was as devastating as his looks, that she should be his bride.

THE SHOCKING TRUTH: Rachel can’t keep from falling for this powerful, enigmatic man!

Her assignment was to go under cover as Caleb Carpenter’s intended bride–even though her groom was a militant leader and alleged killer! Then her suitor showed her a taste of passion, and Rachel wondered how she could win her war against Caleb when she had already lost her heart?

"Brilliantly developed, breathtaking in its intensity, this is romantic suspense at its best!"
– Romantic Times Magazine
"Undercover Bride...is one of the best overall stories of the year."
– The Romance Journal
Disclosure of Material Connection: Some of the links in the page above are "affiliate links." This means if you click on the link and purchase the item, I will receive an affiliate commission. I am disclosing this in accordance with the Federal Trade Commission's 16 CFR, Part 255: "Guides Concerning the Use of Endorsements and Testimonials in Advertising."