Kick-Ass Heroines (and a sale!) 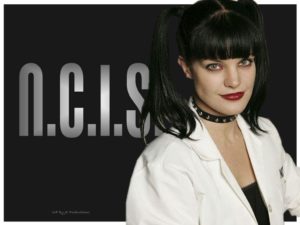 ****First of all, I have to let you know that if you haven’t read the Circle of Evil trilogy, all three books are on sale all month. What a deal!****

The woman-in-jeopardy plot line is still a tried and true staple of romantic suspense stories. We need the hero and heroine to get together in the book, and what better way to accomplish that than for the heroine to require the hero’s help to survive whatever or whomever is a threat to her life. But it occurred to me when I finished Deep as the Dead that my heroine didn’t require saving. She was pretty damn self-sufficient throughout. And as an author I worry about how that will be received by the readers (as an author, I worry about every damn thing in the book), but that was the story the characters told me. So that’s the one I wrote down.

I write strong female leads because that’s what I want to read. It’s why I choose the shows I watch and the movies I go to. I’ve raised a strong daughter, and I like to think that parenting and genetics had something to do with her inner fortitude (growing up with four older brothers probably didn’t hurt, either.) I like to mix up the plots a bit in my books. Sometimes it’s the heroine who gets in a jam. Sometimes she needs to get the hero to safety. And sometimes the heroine gets to enact most of the heroics. Alexa Hayden certainly accomplishes that in Deep as the Dead.

Kick-ass heroines are strong and capable women in their own right. They don’t have to be over-the-top weapons and martial arts experts or be endowed with superpowers. They just have to be smart. Often they possess a unique gift or talent that ends up changing the plot dramatically. But they aren’t superhuman. The most important element to writing the heroine is to make her sympathetic. She needs an intriguing backstory and a vulnerability that the reader can empathize with. The vulnerability doesn’t define them; it just makes them human.

This heroine is a match for the hero in every way. In romantic suspense the hero and heroine work together to stop the villain, with both possessing unique talents and strengths that help toward that end. A strong female lead possesses the inner strength to affect the plot in a positive way. Whatever the outcome, the story would be far different if the heroine hadn’t been a catalyst who impacted the plot for the better.

At the end of the day, my favorite heroines have to be someone I would want to spend time with. They are the driving force of their own stories. These women aren’t door mats; they encounter problems but they don’t just talk about them, they overcome them. Whatever forged their inner toughness is what makes them interesting. But it’s the toughness itself that makes them capable.

Some of my favorite fictional heroines are Eve Dallas, Kate Burkholder, Detective Kima Griggs (The Wire), Abby Sciuto (NCIS), Alicia Florick (The Good Wife). Who are some of yours?