COLD DARK PLACES is out! 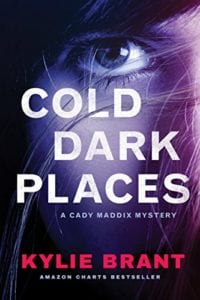 I am sooo late with this post, but hopefully you’ve realized that the first Cady Maddix book is out this month! COLD DARK PLACES released December 4 and wow, what a great launch! It’s been bouncing between #5 and #8 on Amazon for the last several days. Yes, I’ve been checking my rankings compulsively, LOL, in between online shopping and wrapping presents. So far, so good–on all three fronts!

11, SECRETS OF THE DEAD, WHAT THE DEAD KNOW, and DEEP AS THE DEAD have been sold to Audible and will be available as audio books soon. 11 is first and will be available Jan. 19 with the fabulous Kate Udall narrating. I’m hard at work re-formatting the first two trilogies in the Mindhunters, with WAKING EVIL to be re-released first in the coming weeks.

Whew! See, I *have* been busy! Maybe that’s why the annual Christmas letter is only a distant possibility at this point 🙂

I hope you are enjoying the holiday season, and wishing you many new books to read in 2019!

4 thoughts on “COLD DARK PLACES is out!”