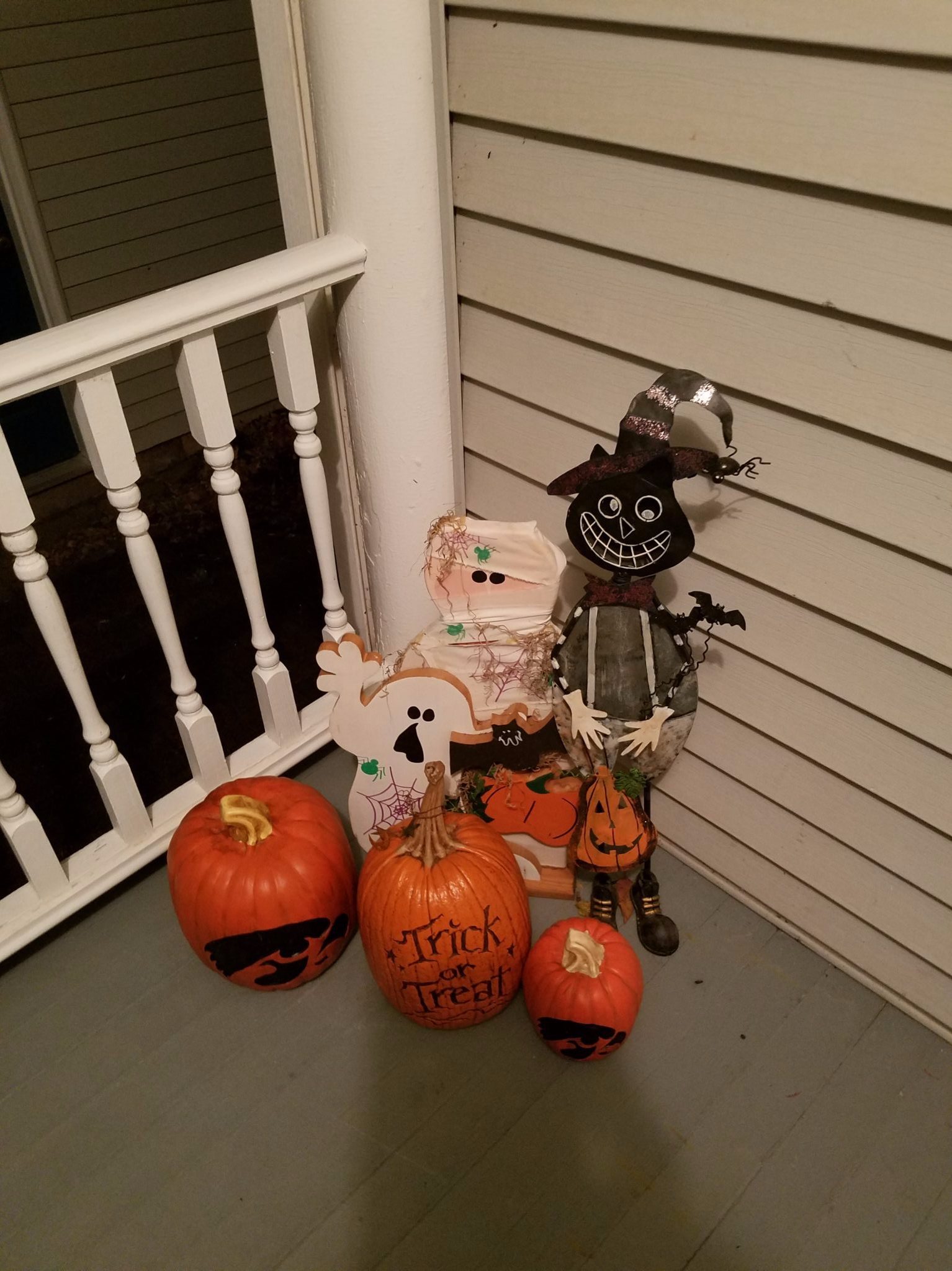 I’ll admit it–I’m a Halloween junkie. I love everything about the holiday. Holiday decorations take up an entire side of our attic, and my Halloween decor is impressive. I think part of it comes from my love for fall. Or maybe it began with my love of candy 🙂 But it’s always been one of my favorite holidays, second only to Christmas. (Because it’s hard to beat presents and Santa, LOL.)

Every year I gently break the news to my husband–it’s time to bring down the holiday decorations. He cycles through several stages of denial. First he groans. Then he argues. You haven’t decorated for Halloween in years! (Not true, I decorate every year.) It’s too late, just wait for Thanksgiving. (Nice try.) Next, he bargains. But we both know he’s going to eventually agree to carry the 7-8 Rubbermaid containers down two flights of stairs so the decorating can commence.

When my kids were little, the only costumes available were plastic. I always made their costumes, which was truly a labor of love, considering my less than impressive seamstress skills. (My idea of hell is being chained to a sewing machine for eternity.) Felt and velcro were my friends! But over the years I made a pig, a dragon, Bert and Ernie heads, Alf, an Ewok, a wizard, the Grim Reaper, a cat, Little Red Riding Hood, Ninja Turtles…with five kids, the list was endless. Given my longstanding procrastination problem, I was often sewing far into the nights. So when we went trick-or-treating and my kids started whining about being tired after four houses, I was the one urging them further. I’d made the damn things; they were going to get some use out of them!

I wasn’t a natural at pumpkin carving, but I got better with practice. In retrospect my kids’ ideas were a lot less demanding than the ones my grandkids come up with. Having the kids paint the pumpkins is much easier, and far less work for me 🙂

I also enjoy the trick-or-treaters, but the numbers–never large–have dwindled drastically. I’m lucky to have 3-5 each Halloween night, so they make out big time!